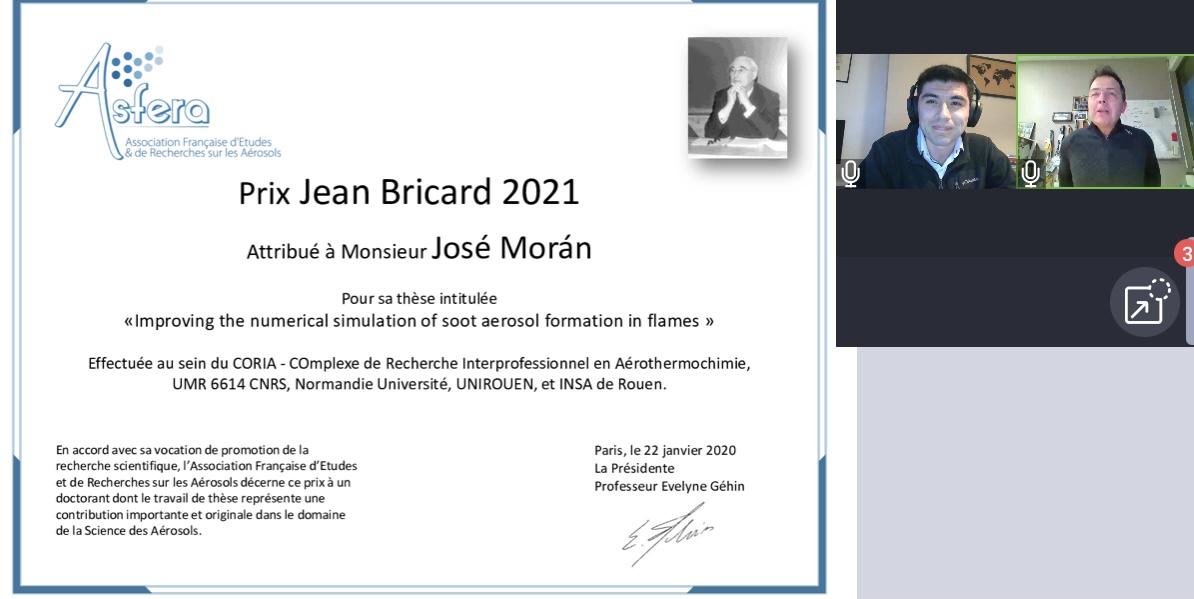 As part of its mission to promote research in the field of aerosol science, the ASFERA awards each year since 1988 the Jean Bricard Prize to a young French researcher in the process of his PhD thesis.

On the occasion of the French Aerosol Congress 2021, this prize was awarded on Wednesday, January 27, 2021 to José Morán, PhD student at CORIA in the 3rd year of his thesis for his work entitled “Improving the numerical simulation of the formation of soot aerosol in flames“. This work is carried out within the Optics and Lasers Department in the framework of a RIN project called “GAZPROPRES" and an ANR project called ASTORIA. José Morán came from Chile to do his thesis at CORIA, thus strengthening the relationship between CORIA and and the EC2G laboratory (Universidad Técnica Federico Santa María) recently consolidated by an ECOS-SUD program (BCP-Bio, “Black carbon propensity, size and morphology generated by future blended biofuels“).

José Morán thus completes CORIA’s list of achievements in aerosol science. He is indeed the 5th recipient of this prize after Pierre Roupsard (2013), Pierre Damay (2010), François-Xavier Ouf (2006) and Loïc Méès (2001).